Do you love historical romance novels with plenty of action and adventure? Then, Cross-Ties is the book for you. Tap the link below and download your FREE eBook from Amazon during this special promotion ending January 25th.

I hope you enjoy this escape to another place and time. Your reviews of my novels are much appreciated. I look forward to reading them. Thank you! Carolyn Bowen

Today is the 4th of July and many will be celebrating at home this year due to the COVID-19 virus. If you do go outside for fireworks displays or picnics in the park, please remember safe distancing and to wear your mask. Wishing you a fun and relaxing holiday weekend.

This has been a strange year and the unbelievable happenings continue postulating into our once predictable and steady lifestyles. These times will likely produce new horror fiction by creative authors from around the world.

Look to the sky for a holiday treat

A full moon referred to as a ‘Buck Moon’ occurs tonight after 11 p.m. EST along with a combo of a lunar eclipse. The night of the 4th and the morning of the 5th will make sky gazers happy.

Low country suspense about family and secrets. You can download and read FREE today from Amazon. Happy 4th of July! Carolyn

Quote of the Day: Any chance we take maybe the one in a million winners worth the effort. Carolyn M. Bowen

You can probably tell I’m excited about my upcoming new release, Chance – A Novel. (Smiles) This is the second book in the Sydney Jones Series *Trilogy. If you like fearless heroines, page-turning action, and shocking twists, then you’ll love this gripping story. Tap the link to preorder Chance today!

We’ll be hosting a birthday party on Twitter for the official release, November 5th, at 9 a.m. EST. Plan now to join us with the hashtag #ChanceBirthday for fun giveaways and more.

Hope you enjoy the book trailer with a scene from the novel. Share with your friends and family.  Carolyn M. Bowen

Quote of the Day: “Act as if what you do makes a difference. It does.” William James

As authors, we’re always looking for new ways to promote our books and I just got lucky. Let me introduce you to Theodocia McLean with Book Marketing Global Network and Avid Readers Global Network.

She’s smart and quick to present your book/s to catch reader’s attention. Here’s the link to my new author page. Check it out and if you’d like some marketing help, contact her so, you too will have more time for writing.

McLean’s comprehensive marketing for authors includes social media platforms, Facebook groups, blogs, bookstores, and more. I find these services valuable and a much-needed breakthrough for authors.  I’m tickled to be included and look forward to more authors joining me. Click here for testimonials!

Thanks for following my blog/newsletter. Hope you’re having a wonderful summertime! Carolyn

Quote of the Day: “For a true writer, each book should be a new beginning where he tries again for something that is beyond attainment. He should always try for something that has never been done or that others have tried and failed. Then sometimes, with great luck, he will succeed.” Ernest Hemingway

As promised, today’s topic is part two of Hemingway’s advice to authors provided to Samuelson, a journalist and aspiring author at the time. His book is titled, Arnold Samuelson, With Hemingway, A Year in Key West and Cuba.

Note: The book was published after the author’s death in 1981. You may have seen the movie, if not watch it. The book is available in hard copy from Amazon and at most libraries.

We’re looking at the novels Ernest Hemingway considered the “good stuff” in literature. Although, not handwritten as the list below, in conversation with Samuelson, he said, “the best book an American ever wrote,” the one that “marks the beginning of American literature” – “Mark Twain Adventures of Huckleberry Finn.”

In looking over the book list, I’m reminded of another quote by Hemingway about studying authors considered the best after their death for that was the true sign of greatness for their work had endured. In doing so, Hemingway’s novels should be added to the list of good stuff for today’s reading.

In his own words…

“Here’s a list of books any writer should have read as a part of his education… If you haven’t read these, you just aren’t educated. They represent different types of writing. Some may bore you; others might inspire you and others are so beautifully written they’ll make you feel it’s hopeless for you to try to write.”

Note: You’ll find most of these at your public library.

Following Hemingway’s method of studying the writing of great authors whose works have stood the test of time, what author and books would you add to the list?

Here are a few of my favorites. Comment below with your must-reads of classic novels.

Note: If you missed Hemingway’s Advice to Writer’s Part One, read here.

Thanks for following my blog and sharing on social media. Your support is greatly appreciated!

For more information about my novels, click here. Thanks, Carolyn Bowen

Quote of the Day: “Good friends, good books, and a sleepy conscience: this is the ideal life.” Mark Twain

Lee Earle “James” Ellroy is the author of the Underworld U.S.A. Trilogy: American Tabloid, The Cold Six Thousand, and Blood’s A Rover, and the L.A. Quartet novels: The Black Dahlia, The Big Nowhere, L.A. Confidential, and White Jazz.

Visit Eventbrite for more information and to reserve your ticket/s for a luminary evening with James Ellroy, a master of American mystery and crime fiction writing.

This event is organized by The Los Angeles Review of Books (LARB), a 501(c)(3) nonprofit organization.

Quote of the Day: “It’s never too late to become who you want to be. I hope you live a life that you’re proud of, and if you find that you’re not, I hope you have the strength to start over.” F. Scott Fitzgerald

Today is one of the happiest days of my life. A new beginning with the release of my new novel, Primed For Revenge, the first in the Sydney Jones Series.

I began writing about Sydney Jones in early January 2018 and over a year later we’re celebrating the release. Happy Birthday to my new psychological legal thriller starring Sydney Jones.

It’s fun for me to write about people, places, and extraordinary happenings and share with readers. Writing, publishing, and marketing is a huge undertaking for most authors. The skills needed for each step in the process differ and most times requires assistance from those who rock their specialty. I’ve been blessed with connecting with the best. A special thank you to my editor, Rob Bignell and Jason Orr, graphic designer.

About Primed For Revenge

Bowen’s razor-sharp images and descriptive details draw you into the chilling pulse of the story.

In a conspiracy to advert prosecution in a wrongful death suit, lead attorney Sydney Jones was targeted for removal from the case of Birdman & Birdman’s prestigious client. She didn’t go quietly. There were immediate repercussions and only the fittest would survive.

Practicing law in a large partnership, Sydney Jones was primed for making partner. Then her life turned upside down after a disagreement with her boss at Birdman & Birdman.

Leaving the office, she was swiftly kidnapped and taken to her assailants’ hideaway, beaten, and raped. With no memory of whom she was put her at a disadvantage with her captors. Through gritted teeth, she promised a day of repercussions for their actions while mentally visualizing her revenge.

Warned by her assailants to keep her mouth shut or else, she was delivered to her home. Not recognizing her former living quarters, she was careful in exploring her options for regaining her memory.

Piecing together the reasons for her kidnapping brought her into contact with people, some she could trust and others risky. The problem was the amnesia prevented her from recognizing the difference.

Tapped for crime once nudged her toward caution for something afoul was going on at Birdman & Birdman. She prepared for a fight. With a vision of fury, she made a chilling decision – never to be a victim again.

Primed For Revenge, the first book in the Sydney Jones Series is available at your favorite online bookstores and local book shops. Check out these stores for your purchase options.  I look forward to your comments and reviews. Thank you!

Quote of the Day: “Don’t cry because it’s over, smile because it happened.” ― Dr. Seuss

This year, 2018, has been a fast year for me, pretty much. I’ve written two books and published one. My latest mystery-thriller will be released early 2019. And, you’re in for a BIG surprise! I can’t wait to tell you more about it. Keep watching for the cover reveal and blurb about the novel.

If you’d like an advance ebook copy, complete the info below so I can email your gift code. Thank you!

Here’s a little inspiration for your day!

Thank you for following my blog and connecting on social media. I appreciate your support. Carolyn M. Bowen

Quote of the Day: “December, being the last month of the year, cannot help but make us think of what is to come.” ― Fennel Hudson, A Meaningful Life – Fennel’s Journal – No. 1

The year 2018 will soon be a wrap as we welcome the month of December. This will be a busy time for there’s a lot to do before the New Year. Here are some of the holidays celebrated throughout the world. Happy Holidays! 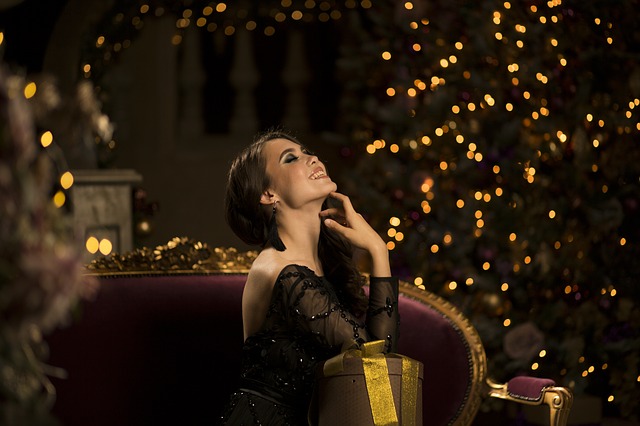 Shopping for a special someone in your life? Whoever it is, we’re guessing they’d love a good book, because who doesn’t? Look no further than action-packed books by Carolyn Bowen!

I share on social media daily. Hope to see you there, too!  Carolyn Bowen

The Complete Guide to Writing a Novel

The Essential Guide to Writing a Novel: A Complete and Concise Manual for Fiction Writers by James Stewart Thayer
My rating: 5 of 5 stars

James Thayer doesn’t mince words when describing the personal habits and characteristics of writers who want to succeed. Focus and concentration, persistence in staying the course, a willingness to learn, and perhaps some luck are helpful.

The Essential Guide shows you the proven techniques of writers such as John Grisham, Tom Wolf, Jeffery Deaver, and Patricia Cornwell to name a few. These insights provide clues for creating a successful novel.

My quick take is to do what has been shown to work time and time again and you’ll be successful. However, there’s room for outliers, the incredibly talented writers whose genius places them on a literary throne of their own. Thayer talks about the rules of writing and the breaking of the rules by some authors and what that means.

I highlighted throughout the book and will place a paperback order to add to my bookshelves to keep handy. I just touched on a few of the techniques discussed. Read – then reread it to get the most out of this writer’s guide.

View all my reviews

I share on social media daily. Hope to see you there, too! Carolyn Bowen